Weeding.  An untended garden bed will fill itself with plants, most of them unwanted.  So before new crops could be planted, children had to pull up all the weeds that had sprouted in the empty beds. The students were told that the weeds had kept the soil in place and so were not bad, but the food plants we wanted to put in the beds needed all the nourishment the soil could provide. The children also learned that weeds can make great compost, so the clumps of grass and henbit and chickweed were placed (somewhat) respectfully into the compost bins for recycling.

The bed where onions were planted in late November was also full of weeds. The children were taught how to tell the difference between grass and other unwanted plants and the growing onion leaves. 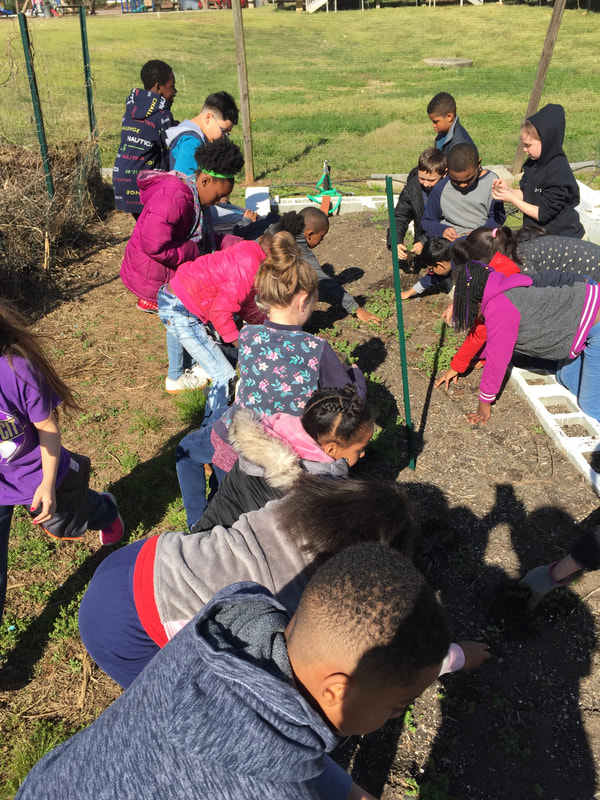 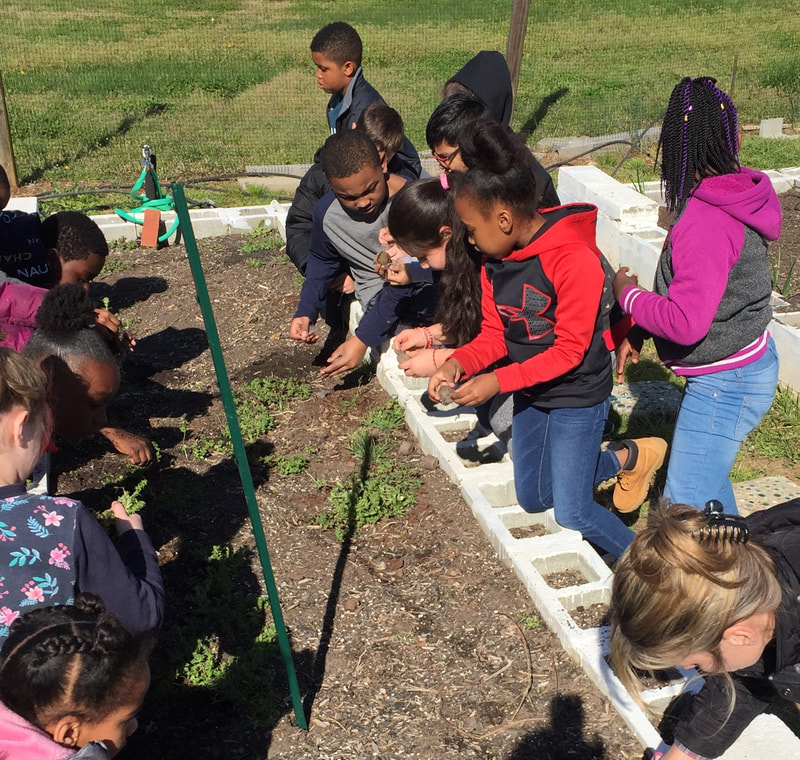 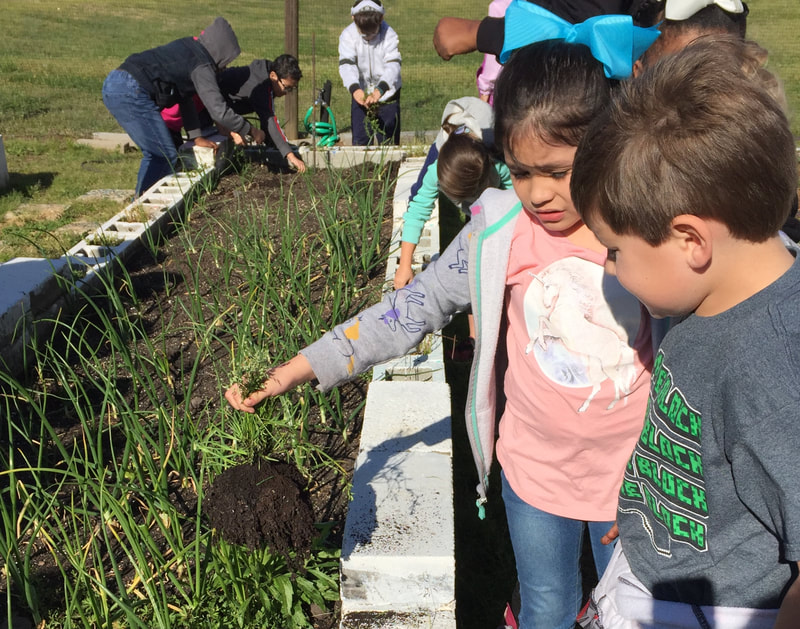 Dealing with pests. Milkweed plants included in the pollinator garden to feed monarch butterflies were attacked this year by swarms of yellow aphids. The aphids sucked so much juice from the plants that the milkweed was dying.

​Kindergarten and first graders learned how to use a spray bottle of ordinary soapy water to kill the aphids without harming the plants.
Composting.  At the end of the school year, the compost bins inside the garden were emptied out and a new composting area was started at the edge of the woods on the other side of the baseball field. The children used a plastic wading pool as a sled for transporting garden debris to the new composting site.  After the top debris was removed​, students shoveled the finished compost onto a sifter made of four boards and hardware cloth. They shook the screen so clean compost fell onto a blue tarp on the ground. When enough sifted compost was collected, it was transferred by hand into the adjacent garden bed. Some students were fascinated by the many earthworms, pill bugs (more affectionately known as roly polys), and other decomposers exposed in the composting bins.  Interesting fact: Roly poly crustaceans can live in the soil up to five years. 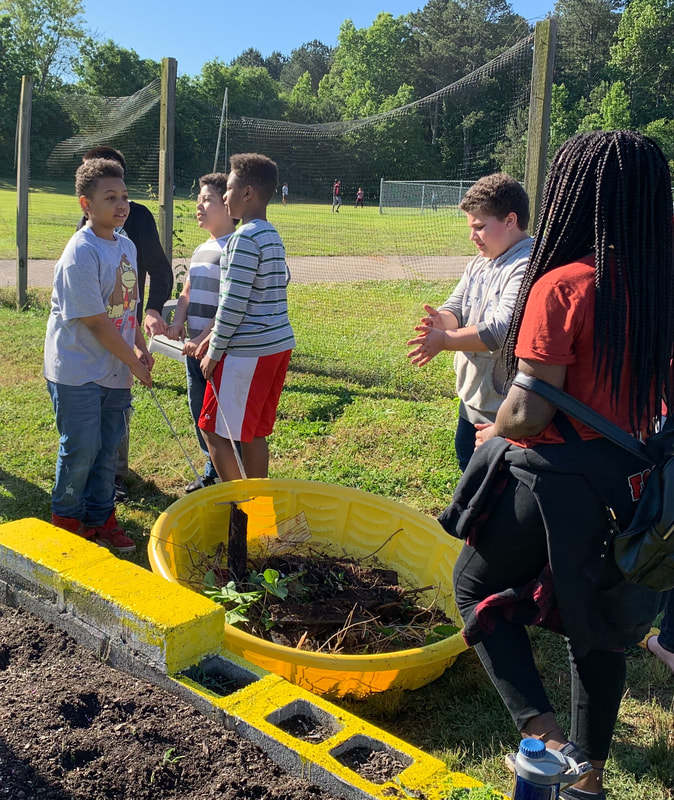 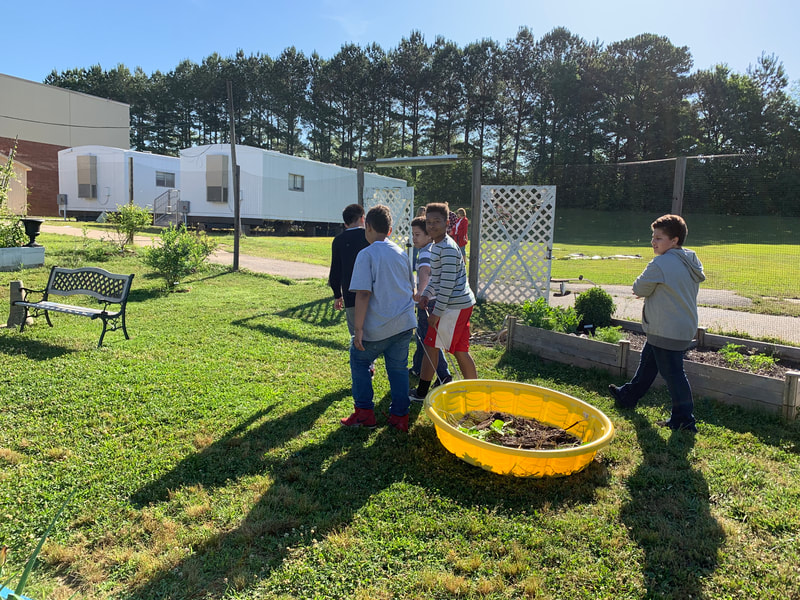 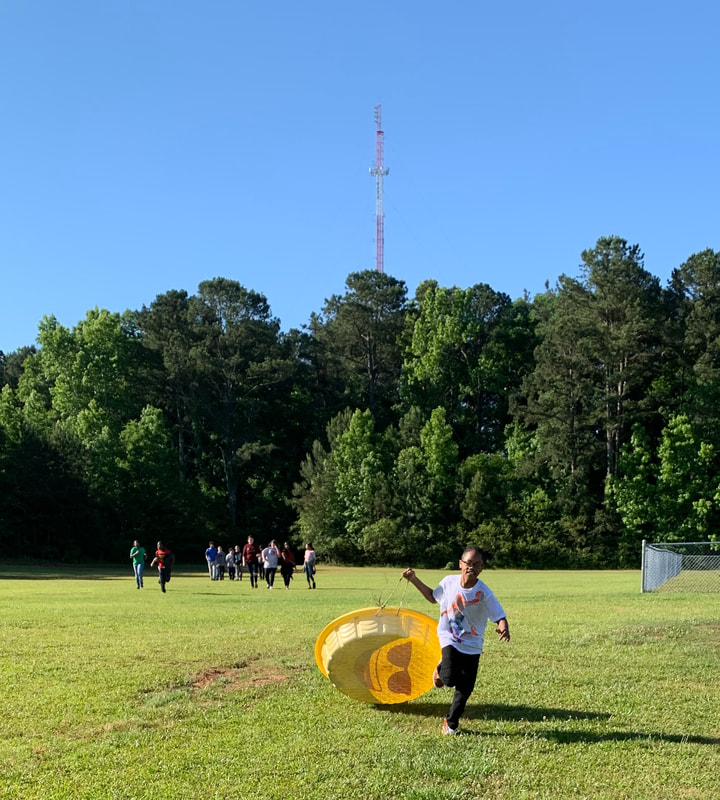 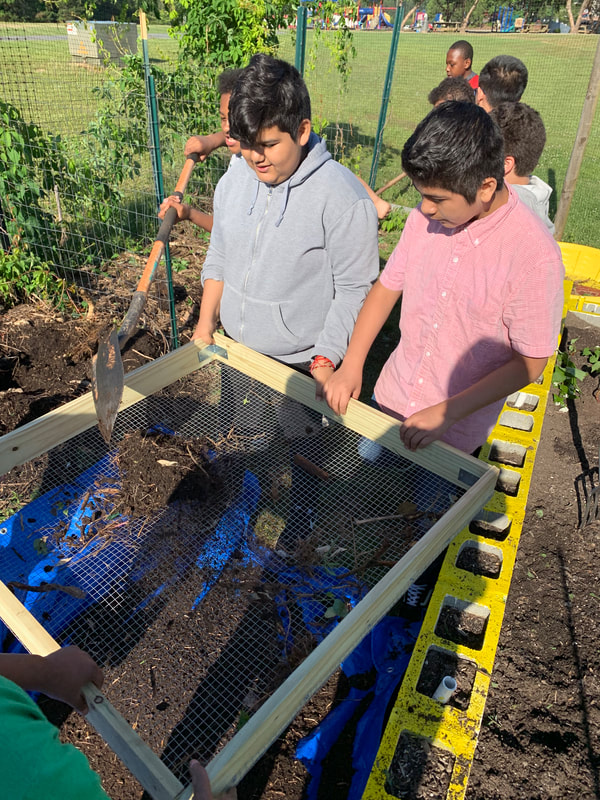 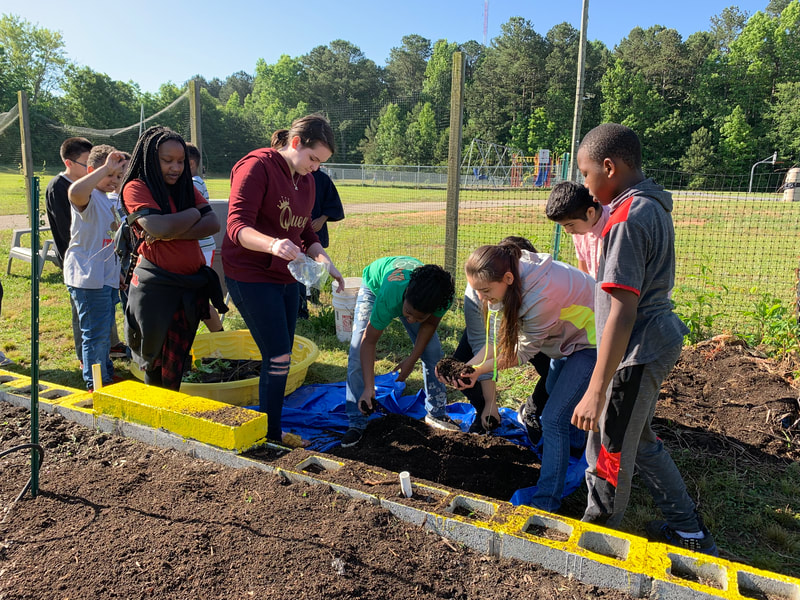 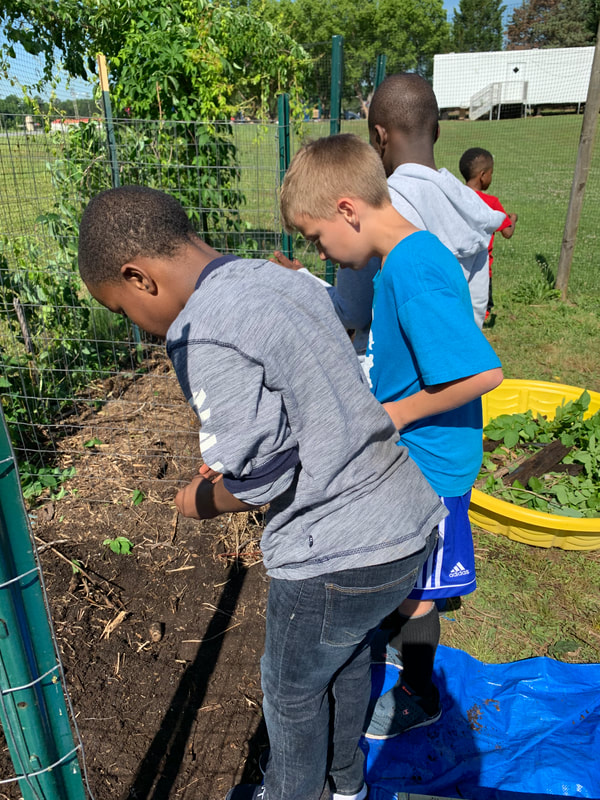